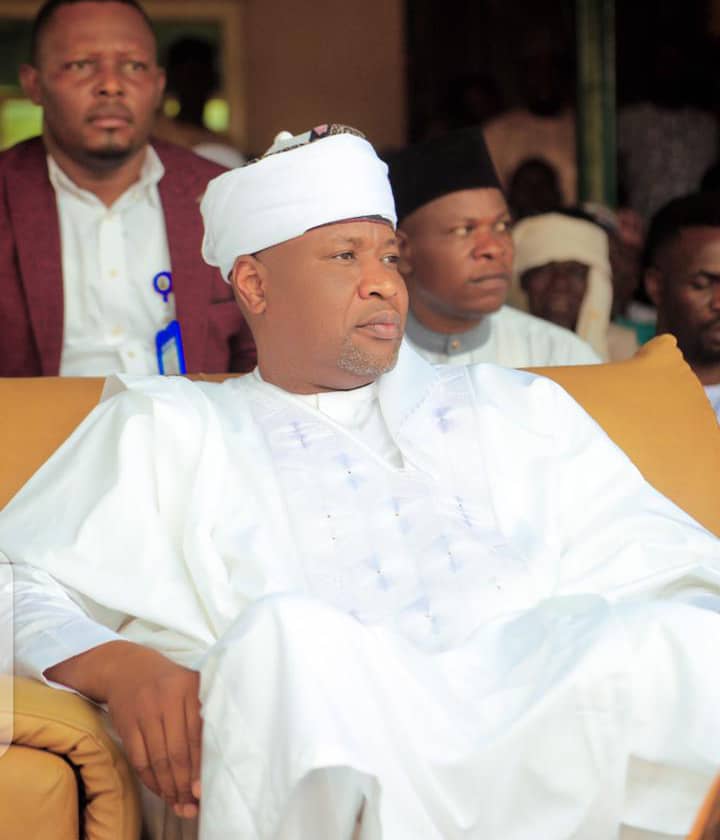 Wafari Theman, the Adamawa State Coordinator of RIFAN – CBN special project and Acting Secretary of the All Progressives Congress has been confered with the title of  Dalatu Hong by the District head of Hong Monday, Alhaji Umar Babangida Mahmud. This is sequel to approval by the Lamido of Adamawa, Dr. Barkindo Aliyu Mustapha.

In his welcome address the district head of Gombi, Alhaji Usman Fada, thanked the District head of Hong for choosing Wafari Theman for the prestigious trdaitional title of Dalatu. Adding that Wafari is a man of strong character, he expressed confidence that Wafari will live up to expectation owing to his good record of empathy and philanthropy.  He stated that the delegation is led by Ambassador Fati Balla.

The District head of Pella, Alhaji Saleh Mamman Daksiri, siad the delegation came to appreciate the district head of Hong for the conferment of the title of Dalatu Hong on Wafari, he also thanked the Lamido of Adamawa for approving the title. He said,

“Wafari is attracting support from leaders of the community because of his excellent moral disposition, good character and love for people”.

Siad it is God that has chosen Wafari as Dalatu Hong, he emphasized that the testimonies from earlier has shown how good he is.

Umar further stressed that Wafari can be likened to the shade of  a tree where so many are taking refuge from scorch.

“I am very proud of Wafari because he has shown that he is a good person that has brought alot of goodwill to the people of Hong. He has lived up to expectation, that is why other traditional institutions are confering him with prestigious titles”.

Umar thanked Ambassador Fati Balla for her motherly role and advise during the process of confering the title of Dalatu on Wafari.

He called on Wafari to unite with other title holders in Hong and work for the good of the people.